Blockchain has made its way into many different areas of industry and commerce. As a technology, it’s a revolutionary way of storing data to ensure that it remains immutable and has a record of changes made. Blockchain even allows a company to trace document edits stored down to the person who accessed the document and the changes they made.

SeraScript uses blockchain to enhance our document storage and access procedures. But what makes blockchain such a valuable technology, and why should companies consider investing in blockchain-based document management?

How Does Blockchain-Based Document Management Work?

The most important thing about blockchain is that it gives the company control over its documents, who can access them, and what they can change. SeraScript uses blockchain integration to validate data that clients have stored. Each computer with access to the chain has a complete copy stored locally. When changes are made to a file, it requires the consensus of all machines on the network to verify it. This consensus mechanic means that no one can “fake” data on the chain. Additionally, with identity credentials, the blockchain can even record what changes were made to a document and who made them. This makes document management worlds easier as a result.

Why Use a Blockchain?

Blockchain might seem like a stretch to include in document management, especially if a company already has an established methodology for managing its document access and editing. However, it’s important to note that using blockchain isn’t just jumping into the latest trend. The blockchain is a much more secure system of storing data and logging changes than anything that has ever existed before. Blockchain offers four important benefits to a business that employs it in data management, namely:

The chain works on a consensus model. When a document is added to the network, it's propagated across the entire chain. If someone were to then copy the document with unauthorized changes made to it, the new record wouldn't match the original one. The chain will check the documents and flag the second one as newly added to the network. This is entirely different from how typical cloud systems handle file storage. If a file is added with the same name, it simply overwrites the original file once the user confirms the overwrite.

Data added to a blockchain is there for posterity. While a user can edit a document and re-upload the file to the chain, the changes would be clearly marked and show who made those changes. The file will be saved as a new copy, allowing for versioning. Thus, if a user were to be unhappy with the current state of a document, older versions of the same file would be easily accessible on the blockchain. Immutability means that even in the case of a disaster, the data that was uploaded to the chain will remain accessible for as long as even one node remains active.

One of the reasons so many companies utilize cloud storage is because it helps ensure that data is kept safe off the business's premises. In the case of a disaster that damages the company's machines, the information they own will still be accessible through their cloud access credentials. Blockchain takes this one step further. With a complete copy of the chain available in every node, there's no chance of documents being destroyed. Instead, documents can be retrieved without hassle, with the added protection of recording changes to documents in a way that cloud storage simply cannot manage.

Most users are concerned that their data is stored on a publicly accessible chain, but there's a difference between public chains and public data. A public chain just means that everyone can see the blocks added to the chain. The only people able to access the documents stored on those blocks are those with the proper credentials. It also limits access to these documents based on what the company allows. So role-management of user access is a necessary part of any blockchain-based document management system. This ensures that documents remain secure on the public chain.

Importance of Making Your Documents Secure

With hundreds of millions of data leaks, breaches, and exposed records each year, the importance of digital document security has never been more evident. Along with reputation damages, businesses of all shapes and sizes can suffer financial disaster and other great losses if documents are not kept secure or can fall into the wrong hands.

SeraScript ensures that your documents are not only safe from physical threats but also virtual threats, offering the highest standards of digital encryption to protect files and give you total control over accessing, viewing, and editing privileges. With this secure online document storage, your files will be safe, both in storage and in transit, from one device to another.

When it comes to professional document management, there are different levels that a business might require. Companies that need to conform to regulations such as FINRA and HIPAA would do well to have a trackable, immutable methodology for their document management. SeraScript offers our clients peace of mind and a complete blockchain-based management system that’s easy to use and integrate into existing workflows. We also provide easy and secure filing of documents to these regulatory authorities and a search function that makes for much easier audits. If you’re interested in the difference that SeraScript can make in your business, contact us today! 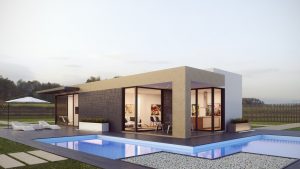